The answer to those who criticize the capacity increase of the pier with an actual capacity of 60 boats and the establishment of a waste reception facility, rented by MUÇEV in Karacasöğüt District of Marmaris, came from Halil Bağlı. “We stand behind and will continue to stand behind every good work done for our seas,” he said.

While the capacity increase and waste reception facility construction activities of the existing pier operated by MÜÇEV in Karacasöğüt are continuing, Halil Bağlı, the Chairman of the Board of Directors of IMEAK DTO Marmaris Branch, said, “I approached this project as prejudiced as our other citizens. However, as a sailor, I came to the project site and saw that the work was done in place.”

“As a former sponge diver and a 50-year-old sailor with commercial activity in the seas, I can confidently say this,” he said. Since the port is built between two streams, even if there are archaeological remains under the water, it has already been closed by the mud and mud coming with the current. On the other hand, I do not believe that it is an honest act to make a fuss about the floating pier built into the sea, while the huge sites, villas and buildings built by those who call Karacasöğüt a protected area,” he said.

POSITIVE FOR THE DEVELOPMENT OF OUR PROJECT REGION

“Those who know Karacasöğüt know that it is a cove that looks like a dump due to an inadequate pier, irregularly and haphazardly moored boats,” said Chairman Bağlı, adding, “Why should we not support a project that will save Karacasöğüt from this appearance, bring order, and befit the sea and our sailors? We know those who oppose, those who tie boats to trees and rocks for free. These are those who come in the summer and leave in the winter. Do they contribute to the economy? Has anyone ever asked where they throw their waste? However, with the completion of this project, while it is possible for Karacasöğüt to increase its commercial activity and contribute to employment, both in terms of layout and inbound and outbound yachts, I find unnecessary objections to be unfounded.

GÖKOAVA GULF WILL BE SAVE

“Those who criticize every work we do because we are environmentalists, harming the nature ignore that not only Karacasöğüt but also all of our seas are under threat. Do you know where the haphazardly tied boats dump their waste? They are stepping into the sea! The best part of the project in Karacasöğüt is that it has a waste collection facility. This facility is a great opportunity not only for Karacasöğüt but also for saving the entire Gulf of Gökova from marine pollution.”

NO NEED FOR EIA

“Both as a seafarer and as the head of an institution, I can confidently say that there is no illegal operation in this facility,” said Bagli, adding, “I do not find it right to use the EIA as an excuse for a business with complete permits and licenses. Those who know the legislation well should also know that there is no need for an EIA for floating docks. Here, they fill the sea with concrete, making a fuss that they will make concrete everywhere will not be beneficial, it will harm our seas. As the head of an institution, I will continue to stand behind every good work done, just as I stand against every wrongdoing.”

The boat mooring pier in Muğla’s Marmaris district, Karaca Mahallesi Söğüt locality, was built by the village headman under primitive conditions in order to meet the mooring needs of the boats coming to Karacasöğüt bay since 1987. It was operated by the village headman’s legal entity in line with the increasing demand for guest boats over time. In 2010, in order to improve the primitive and primitive conditions at the pier, it was renewed by the Marmaris Village Service Union and continued its service under the management of the Marmaris District Governor’s Village Service Union. The pier, which has been under the management of MÜÇEV since 2014, has been renovated in order to meet the existing guest boat needs with quality and safe service standards, and continues to serve with a mooring capacity of 60 boats on a floating pier in modern standards. Within the scope of the project and permit studies for the increasing guest boat mooring demand in the region, the EIA, zoning plan, waste purchase licenses and project studies were started and completed. 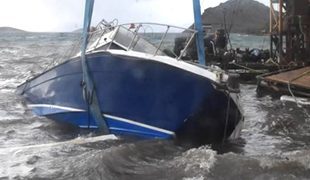 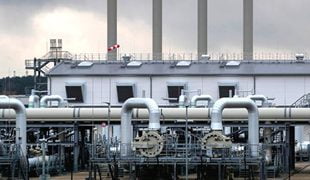 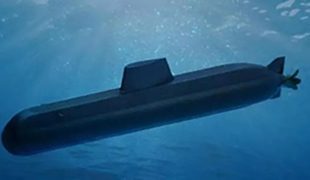 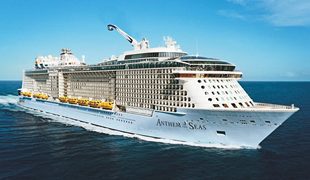